Get Smart about Sales Tax™

Our Attitude to Internet Sales Tax

I was born and grew up in South Africa. I moved to California in 1996 and in 2010 was afforded the privilege of studying the U.S. constitution and becoming an American citizen. I hope that being brought up in such a different political environment helps me bring a positive, if sometimes different, perspective on sales tax issues. 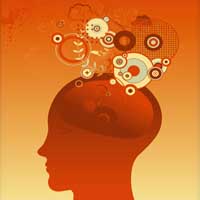 I find that few disagree with me that there needs to be a government, and its need to be paid for. It seems that NO one can agree on the scope of these services, or that there are additional costs through the natural inefficiency of government.

I believe that paying for this waste by raising tax on the wealthy is wrong. I understand why people seek to avoid tax, or take advantage of every legal loophole in the current tax legislation. What I believe we MUST to address is all tax evasion; for this is a deliberate choice to steal from our country, our state, our community, and our neighbor.

There are three ways we most like to avoid the difficult notion that we are stealing. First; we are  amazingly capable of selective blindness to the law. Second; we create noble causes in our minds to justify our actions. Third; we distract ourselves by fixating on some other persons behavior.

Internet Sales Tax is no exception. If you have made an on-line purchase for which sales tax was not included. You have either followed the law and paid over the taxes as required; or you have not paid it over, in which case you are guilty of tax evasion and have stolen from your state, county, local districts and yourself.

First: What foolish thinking has led us to believe the on-line sellers who told us that we did not owe sales tax? We have always owed the sales tax. In believing the lie of Internet free purchases to win our business, we have stopped buying from our local stores who do collect taxes. We have deprived our local districts of the sales tax funding for our schools, our police & our community services.

Second: It is not a noble cause for an e-Commerce site to suggest that NOT collecting taxes is making a statement on taxation. This is plain BS - helping you cheat you local community, in the name of offering you a good deal is simply dishonest. Any site that starts our relationship suggesting that they offer me a good deal, when I steal form myself and my friends, is not going to see my custom.

Third: For those who like to point fingers at others transgressions. As we evaded sales taxes by buying on-line, the less advantaged our communities, including the poor, the tourists and the illegal workers, have been paying sales taxes on their local purchases. How ironic it is to think that the people we may accuse, will be the ones who have paid their sales tax, and the monies being used to fund the schools and other essential services we have cheated.

I sincerely hope that next time anyone comments on taxes, health care or illegal immigration, that they might start by taking a honest look at their own attitude and conduct regarding Internet sales tax.

Get Smart about Sales Tax™